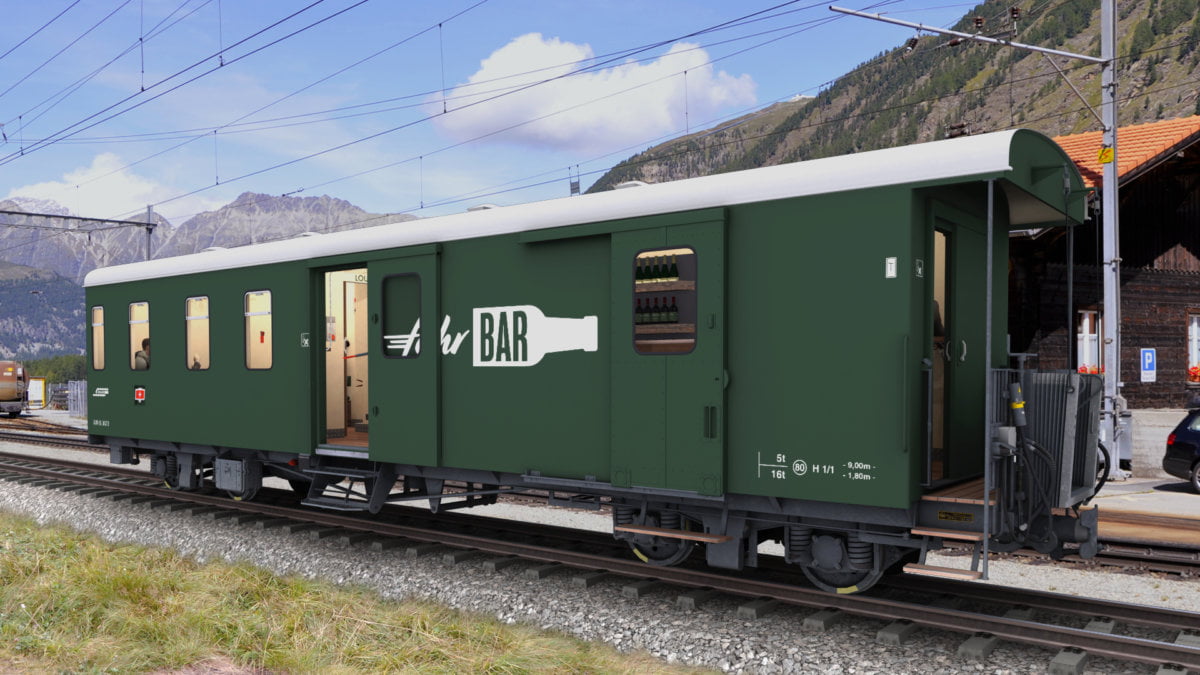 Discover project fahrBARs interesting story! See how a keen vision, transforming an old post wagon to a bar coach has evolved – and what Alan Thomson’s model for Train Simulator has to do with it!

It all started when the wagon WR-S 3823 was brought into service by the RhB in 1913. The wagon was introduced as a post wagon and rebuild in 1948 to be a 4-axle coach (allowing higher speeds with the modern rolling stock). In 1978, the RhB decided to discard the wagon.

Eventually, the coach was about to get scrapped – but 5 guys bought it in 2019 and are rebuilding it in the RhB depot in Landquart since then. Project fahrBAR was born (btw. – fahrBAR literally means ‘driving bar’)!

But what has Train Simulator to do with Project fahrBAR?

You may know Alan Thomson – he’s been working on RhB rolling stock for Train Simulator, before he joined Rivet Games. When a contact was established between fahrBAR and Alan, it soon became clear that they wanted to bring the two worlds together. Alan started working on a highly detailed replica of what the fahrBAR should look like once it’s finished – but keeping the model as a demo for fahrBAR wasn’t quite right.

Get the fahrBAR for Train Simulator Classic and support the restauration!

So hooray, you can now get the fahrBAR coach for your Train Simulator Classic installation! Since rebuilding the actual fahrBAR coach is quite expensive, we as Rivet Games organized the fahrBAR sale as a charity project. There are three tiers about how much you want to support the restoration of the real world coach – or you can just get the coach, that’s up to you. All packs include the same content, only the amount of money donated to the fahrBAR project varies.